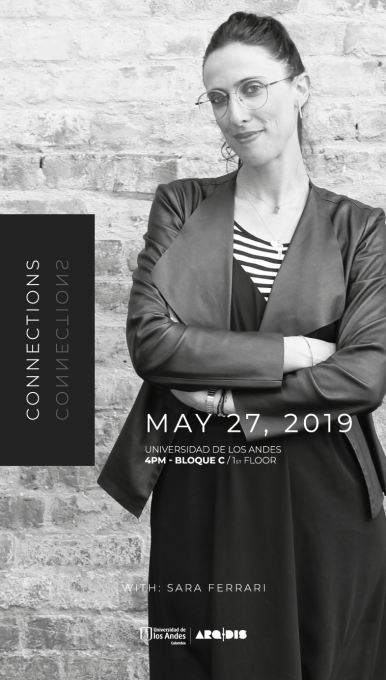 Sara Ferrari is an Italian product designer with international experience. She’s the founder of SFD (Sara Ferrari Design), product design practice established in London in 2009, focused on the meaning of objects. Sara gained experience in teaching and giving workshops starting in 2013 in the Netherlands, heading a workshop in collaboration between Alessi and TU Delft (Technical University of Delft, Industrial Design and Engineering Faculty). Since then, Sara has been teaching and lecturing in several Universities and Design Schools such as TU Delft, HKU in Utrecht, University of Bologna, University of Liverpool, NABA (New Academy of fine Art) in Milan, SID (Scuola Italiana Design) in Padova, University of San Marino, SAIC in Chicago, Politecnico di Milano and DOMUS Academy in Milano, where she’s been Director of the Master in Product Design in 2017/2018.

She has been leading workshops in several countries and universities, collaborating with companies such as Alessi, Chicco (Artsana Group), Archistarter (Warsaw), IB Rubinetti, Mutti, GROM and Ideal Standard. She is currently living between Brescia and Milan where she’s working as a designer and lecturer. She is also collaborating in different projects as “designer of meaning” with Professor of Leadership and Innovation Roberto Verganti. She won several design awards including the RED DOT Design Award, the GOOD DESIGN Awards, the Young & Design Award and a double honorable mention from the DIA (Design Intelligence Award).